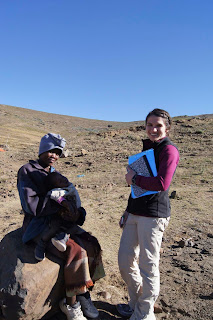 Did you know that something as simple as a mother's education can have a profound impact on the health of her children?  Maybe you do.  Maybe this concept is something we possibly take for granted in the developed world, where the majority of women complete primary education, at the very least.  Sure, it makes sense that the more educated a woman might be, the higher her economic status, and the more likely she will be able to provide and afford the best care for her children.  This theory, more specifically, that mere years of a mothers' education can decrease child mortality and increase overall child well-being, has long been proven in the fields of international development and global health.  Yet, for many populations in which maternal education is scarce, the question has been raised whether simply maternal health knowledge might have an impact on child health, and whether this health knowledge could prove to be a key area of focus for the future.  My name is Colleen Huml, and I am a current graduate student in Global Health at the University of Notre Dame.  This summer, I am working with TTL to conduct my field research on this very topic, among the mothers residing in the villages of the Mokhotlong District in Lesotho. 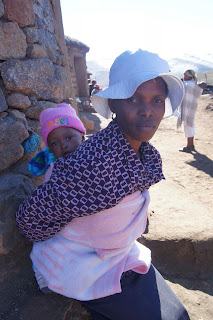 As a former Gender Studies and Pre-Med major, and a long time proponent of women's health and empowerment, it is safe to say that I am personally invested in this topic.  In addition to my personal interests though, the international community has also come to hone in on women as the newfound key to success in development.  Studies have shown that in developing countries, directing initiatives toward women proves to have a significant return on investment for both families and communities.  This is not to say that men aren't important too, they are very much central to the picture, however, through recent focuses on women, education and health initiatives have found new success which begs for continued exploration. 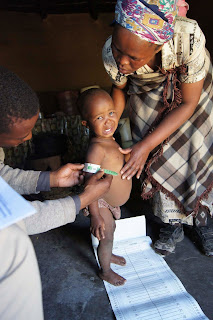 Traveling to remote villages with the TTL outreach team, I have begun interviewing mothers about their own health, as well as their knowledge and behaviors regarding maternal health, hygiene, and nutrition.  We sit and talk, sometimes, well most of the time, straying from the interview questions, as they tell me about their health, their knowledge about caring for themselves and their children, and their obstacles in doing so.  With this data, I plan to create a baseline assessment of health knowledge and behaviors among the Mokhotlong mothers, and explore any possible correlation between mothers’ health knowledge, and the health of their children.  I’ve had a bit of time now to assimilate to Basotho life, tasting makoenas (the local bready treat), paying my dues attempting to converse in Sesotho, and spending time learning the routine of TTL outreach. 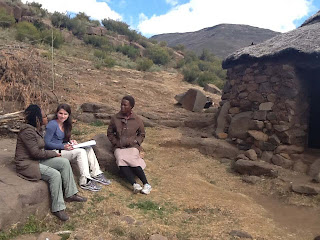 My first few experiences on outreach have been difficult to describe.  I have witnessed extreme poverty amidst a backdrop of breathtaking scenery, beautiful and artfully crafted Sesotho huts, shocking medical cases that I felt helpless walking away from, and an appreciation of life at its simplest form.  I was nervous when I first began my study, worried that something might go wrong, or that mothers might not want to talk to the white ‘ausi’ from the States.  But things have gone surprisingly well, and I feel as though I continue to learn more and more everyday, about Basotho life and culture, the mothers whom I’m studying, and even a bit about myself.  I hope that in some way, I can make a difference with my research here.  At the very least, I hope that my research findings will have positive implications for future health education initiatives both within this population in Lesotho, and for the greater community of women in rural Southern Africa.
Posted by Brad Wilkin No comments:

16 June - Remembrance and Hope - the Day of the African Child

June 16 as defined by the African child:

A day of triumph over the long-standing regime of oppression over a people... Back in the day the likes of Hector Peterson, Steven Biko, Dr Mamphele Ramphele, Sol Plaatjie, Walter Sisulu fought for today. Today, a day of freedom of choice, fair opportunities for all and the right to basic health care and living standards we chant for.

This year’s theme of The Day of The African Child as designated by the African Committee of Experts on the Rights and Welfare of the Child (ACERWC) is Eliminating Harmful Cultural and Social Practices affecting Children: Our Collective Responsibility. At the core of this theme holds the principle of child care and protection.

As volunteers at Touching Tiny Lives who were born and raised in Lesotho, we know that social and cultural practices are the pride of many African countries including Lesotho yet a number of them are harmful. Lesotho is no stranger to some of the cultural and social practices common to many African countries that are both important by tradition and injurious to children. Men’s initiation school, one of the most significant traditional practices in Lesotho, is held with honour and dignity by families as their boys become men poised to become breadwinners and marry when initiation is complete. Unfortunately the boys go through very unhygienic cutting of their foreskins, after which they sometimes develop serious infections that take some lives. While there is a lot to be learned from traditional practices like initiation schools, awareness of the detriment of some of their routines should be spread so that they are aborted.

Most Basotho children have had, at least at one point in their lives, first-hand or second-hand experience with child abuse.  This experience has often ranged from corporal punishment, child labour, forced initiation, child molestation, forced marriages, female gender mutilation, statutory rape and being deprived of education. “My first-hand personal experience with social injustice to children has been in the form of corporal punishment during primary and high school years. I trust that children need to be spanked from time to time but the intense beatings I have observed as a student in Lesotho can traumatize children and leave scars behind.” says Jason. “My personal experiences having spent some of my childhood in the highlands on vacation at my grandparents have brought me to the realisation that most herd boys do not attend school. For the average Mosotho boy, years of toiling looking after domestic animals replace attending formal school which puts the child’s future at a disadvantage.” says Maseeng.

We firmly believe that it is our duty to filter some of the impeding cultural and social practices to build upon the progress of past generations. The law does play a part but it is more the responsibility of individuals because it is they who are personally challenged. On this Day of the African Child, take time to appreciate how far Africa has come to eradicate harmful practices and imagine how far it can go. What are you doing to bring social injustice to children in your community to a halt?

Maseeng, from Maseru, Lesotho, and Jason, a University of Notre Dame Hesburgh-Yusko Scholar also from Maseru, Lesotho are spending two months at TTL to research the impact of traditional healers and medicines on HIV and AIDS.
Posted by Anonymous No comments:

Yesterday, TTL celebrated nine years of service to the children and families of Eastern Lesotho.  The idea for TTL can be traced to a cold, rainy Lesotho night in 2004.  A small child, orphaned by AIDS, was left outside in a thunderstorm to die, a desperate move by relatives unable to feed another mouth.  Neighbors heard the child's cries and brought him to Mokhotlong's social worker.  Later that evening, the social worker knocked at the door of former Peace Corps volunteer Ken Storen, asking for help.  Ken suggested that we "better buy some diapers," and the TTL safe home was born.

In the following months, Ken and his now wife, Colleen Dunst, also a former Peace Corps volunteer, filled a home of children impacted or orphaned by HIV.  Ken, Colleen, and a dedicated Basotho staff committed to a vision in solidarity with Lesotho's families: that every child deserved every chance to survive, regardless of the odds, with proper nutrition, medication, and loving care.  From that vision TTL blossomed, one child at a time.

In the past nine years, TTL has remained true to Ken’s vision of one child at a time and in doing so, TTL has provided support to over 1200 children to date.  Just yesterday, as the workday was about to end, we received a birthday surprise:  three infants arrived referred to the safe home by Mokhotlong Government Hospital after being diagnosed with severe malnutrition.

Two of the infants are six-week-old twins weighing in at 2.2kg and 2.8kg; they weigh only a few grams more than they did at birth.  Their heads loom large over their skeletal bodies.  Their mother is unable to keep up with their feeding needs and cannot afford formula to supplement their diet; she did the best that she could and supplemented their feedings with porridge.  As we’ve seen time and again, however, mixed feedings do not provide adequate nutrition for newborns.

The third infant weighs just over 3kg and is 4 ½ months old.  Her vacant eyes watched as we weighed and measured her, she was too weak to offer many cries of protest.  She is an orphan, being looked after by family members and has been stricken with repeat bouts of diarrhea.

We are thankful that these three infants, along with the others that TTL has served, will receive care and support that will improve their odds of survival to their fifth birthday, and beyond.  We celebrate the safe home intakes, the family reunifications and the graduations from the TTL program, one child at a time.