Let’s not be late in Lesotho: Reflections from Mokhotlong

The following is a guest post from Georgetown medical student Kenny Witmer, who visited Mokhotlong for several weeks in April. Dividing his time between the Mokhotlong Government Hospital, the TTL Safe Home, and Outreach visits, he put his medical training to practice and gained valuable cross-cultural experience.

This succinct phrase, uttered by a physician in Mokhotlong’s government hospital, was said humorously to explain his lack of punctuality on our second day. However, it quickly became an inside joke on the team. Time was only the first obstacle that we adjusted to in Lesotho. Planning to meet at 8 likely meant beginning an hour later. Everything started late.

Sadly, being late too often applies to the patients seen in the communities, clinics, and hospitals. In a country where the prevalence of HIV (largely co-infected with tuberculosis) is as high as 23%, many of the patients present to the hospital at such late stages of disease that they are in tragic physical condition. From this experience, I now understand more of what HIV/AIDS must have looked like when it first began to appear in the 1980s. Both children and adults, completely emaciated and malnourished, were often carried into clinic by their family members. However, more eye opening to us as students was the apathetic response of the physicians, staff, and even family members. This, of course, was not for lack of caring on their part. They were simply desensitized to a patient presentation that was so commonplace in both hospital and community.


Although there is certainly a shortage of resources in the hospital and clinics here, the physicians are trained to do more with less. I could not imagine hospitals in the US functioning without basic labs, EKGs, oxygen, or CT scanners. 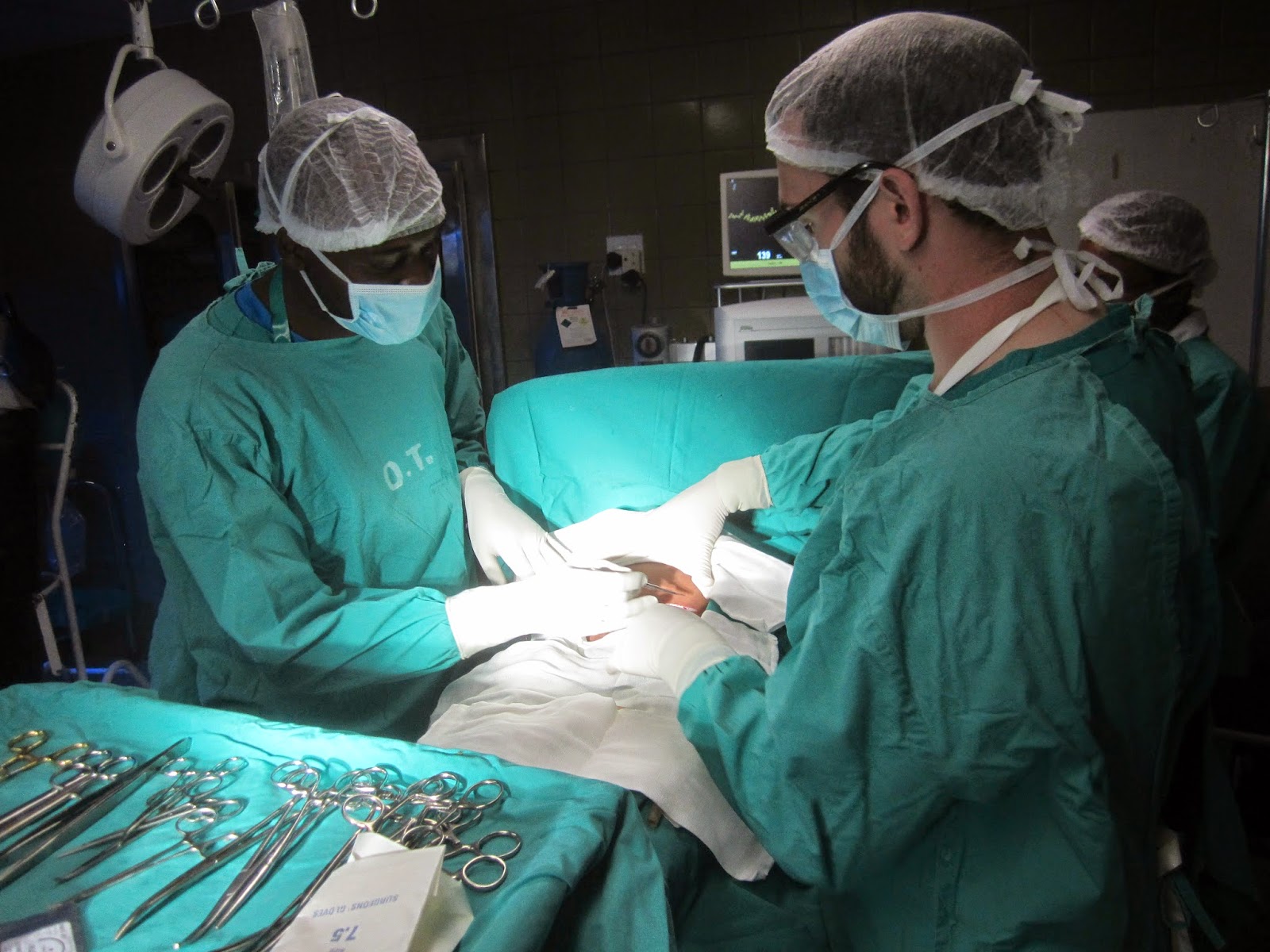 However, care here is relatively affordable, and most medications are available. More commonly, the causes of advanced presentation include an inability to gain access to the clinic/hospital and a lack of education. Often, the patients live incredibly far from the hospital, and many still rely on traditional healing methods. What pass for roads here are often insurmountable even with off-road vehicles. They don’t call Lesotho the “Mountain Kingdom” for nothing.

In more recent years, numerous organizations have made huge strides in halting the HIV epidemic in Lesotho. As a future Urologist, I was excited to participate in a circumcision clinic with the physicians at the Mokhotlong hospital. Circumcision, itself, has been shown to decrease the spread of HIV by 60%. Each male volunteer also underwent HIV testing and counseling prior to the procedure. However, even with treatment programs and more available medications, the prevalence remains high. HIV/AIDS is the leading cause of death at 33%. So, how can we intervene before the patients present so late in the disease process? 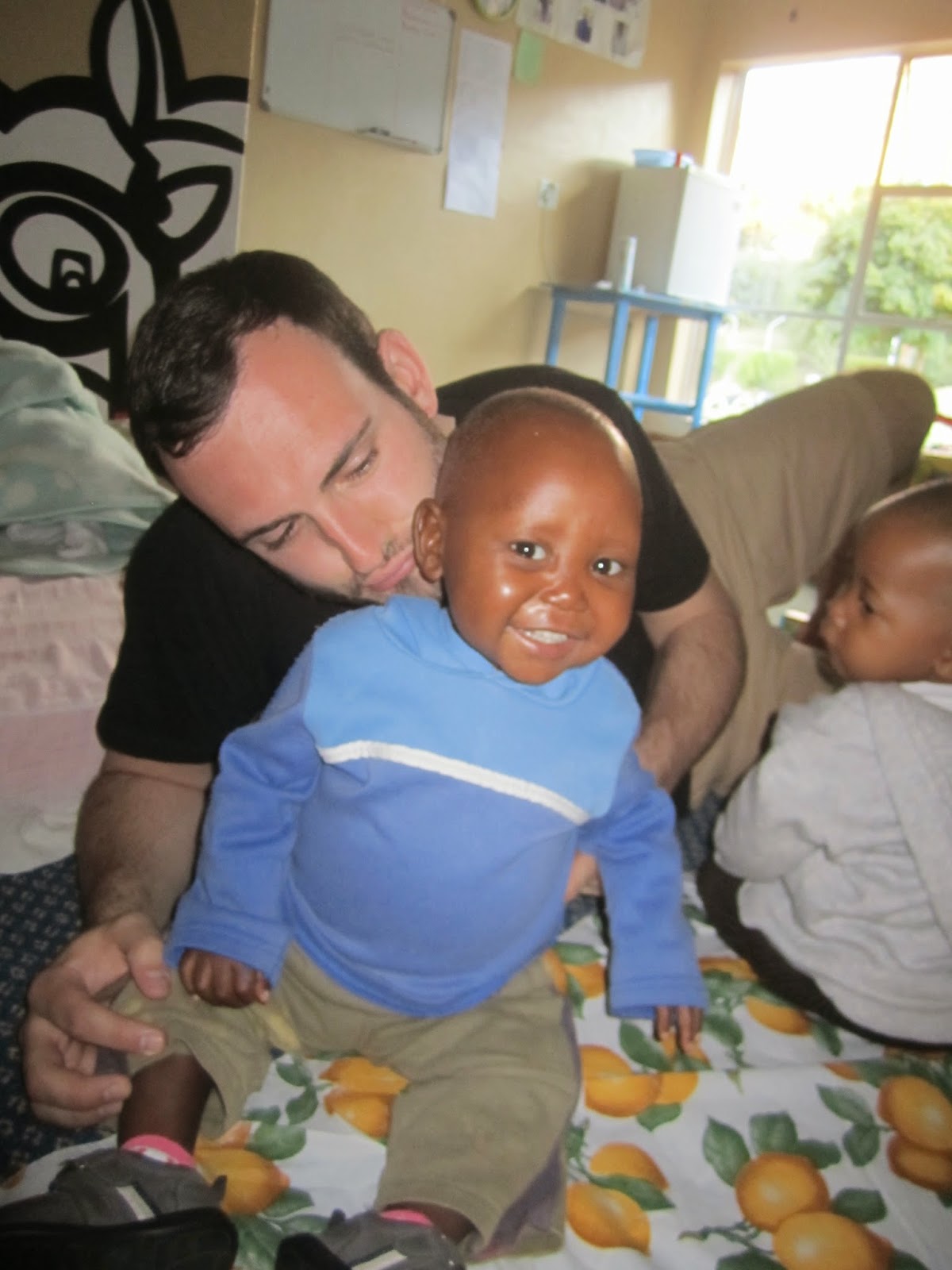 This is where Touching Tiny Lives excels and targets the community’s most vulnerable population: children suffering from the terrible triad of HIV, TB, and malnutrition. I was humbled by my experiences with the program and blessed to be able to travel out into the communities on site visits. TTL literally goes off-road to bring screening and early intervention to the community while supporting mothers and families in need of food and HIV medications. Additionally, during TTL’s Outreach efforts, education and primary prevention are priorities. By identifying vulnerable children early, TTL has already prevented numerous children from presenting to the hospital in the later stages of disease. For those children who are in need of extra support, the Safe Home on site is full of loving Bo’M’e to nurture the children back to a healthier state of well-being. Afterward, these children continue to be followed closely by the Outreach staff to ensure continued progress.

Overall, TTL’s simple strategies for addressing the problems of malnourishment and HIV in children in Lesotho have taught me a lot about how to address high-risk problems in underserved communities:

Let’s not be late in Lesotho.
Posted by Becky Dale 1 comment:

According to the World Health Organization (WHO), this week began with World Health Day. Each year in April, the international community observes a day of special recognition for broad-scale efforts to combat disease, for improvements in global health practices, and for all supporters of universal health and wellbeing. If it sounds grandiose, it is.

But days of recognition are important for the average person to pause and remember that big changes must start small – at the personal and community levels. That’s why this week TTL wants to say a special thank-you to Lesotho’s Village Health Workers. 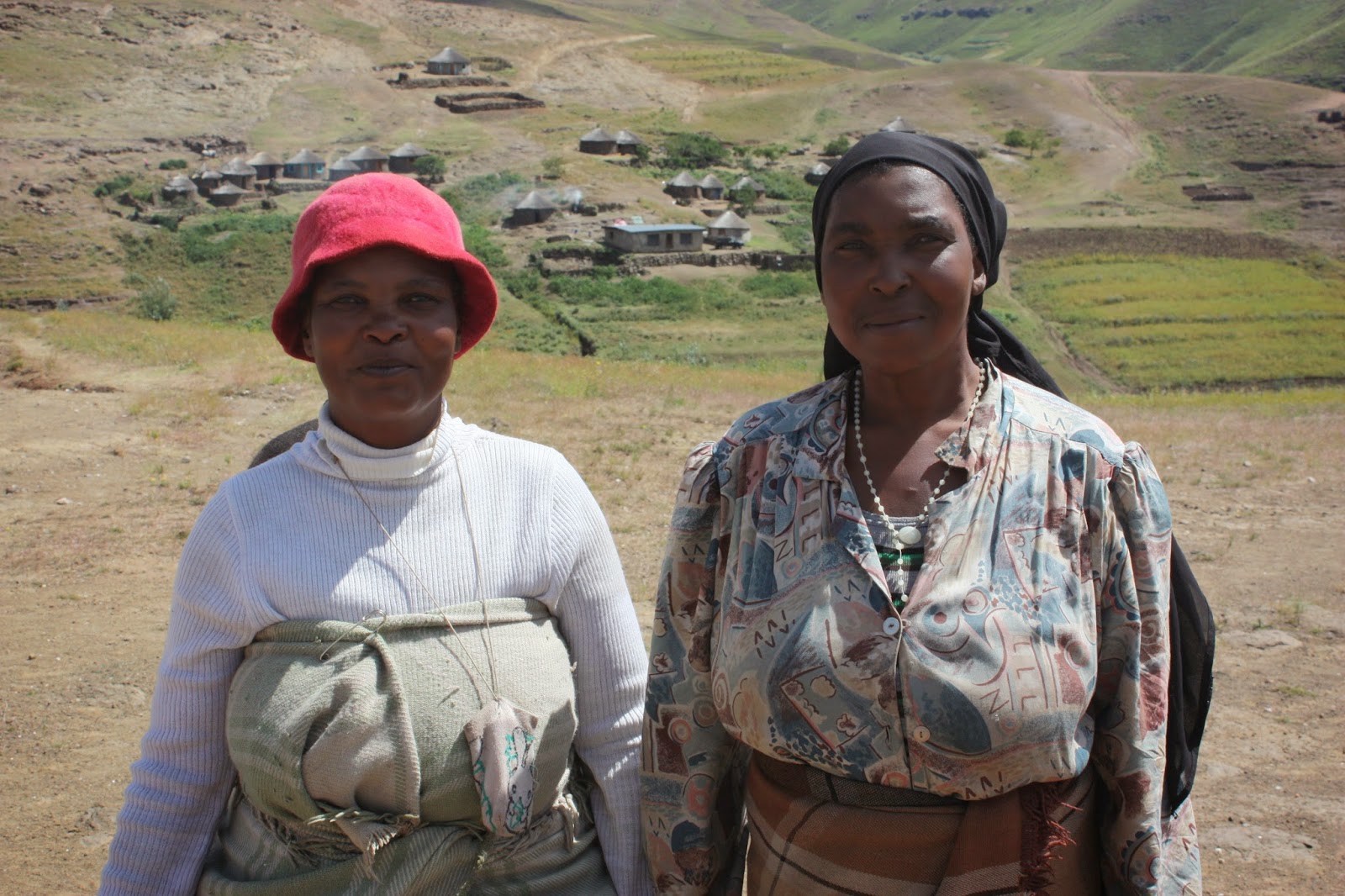 We’ve called them ‘Our Eyes and Ears’ and it couldn’t be more accurate. Without the help of Village Health Workers, we could not stay as intimately connected to our clients and their communities. TTL relies on a system of referrals to ensure that we identify the danger signs of acute malnutrition and other serious illnesses long before they become severe cases. We do our best to keep children with their families and caregivers, bringing them to the TTL Safe Home only as a last resort.

These dedicated men and women help TTL to identify children suffering from the adverse effects of HIV/AIDS, TB, acute malnutrition, and complications with the home setting. When our Outreach team goes to visit current clients in a community, Village Health Workers frequently assist them by introducing particularly needy children who could benefit greatly from TTL’s services.

The small daily efforts of the Village Health Workers all over Mokhotlong and Thaba-Tseka districts definitely add up. We are especially grateful for the consistent support provided to the youngest and most vulnerable in the highlands of Lesotho.

From all of us at TTL, rea leboha (thank you) to Village Health Workers and to all others who serve their communities in small ways each day.
Posted by Becky Dale No comments: 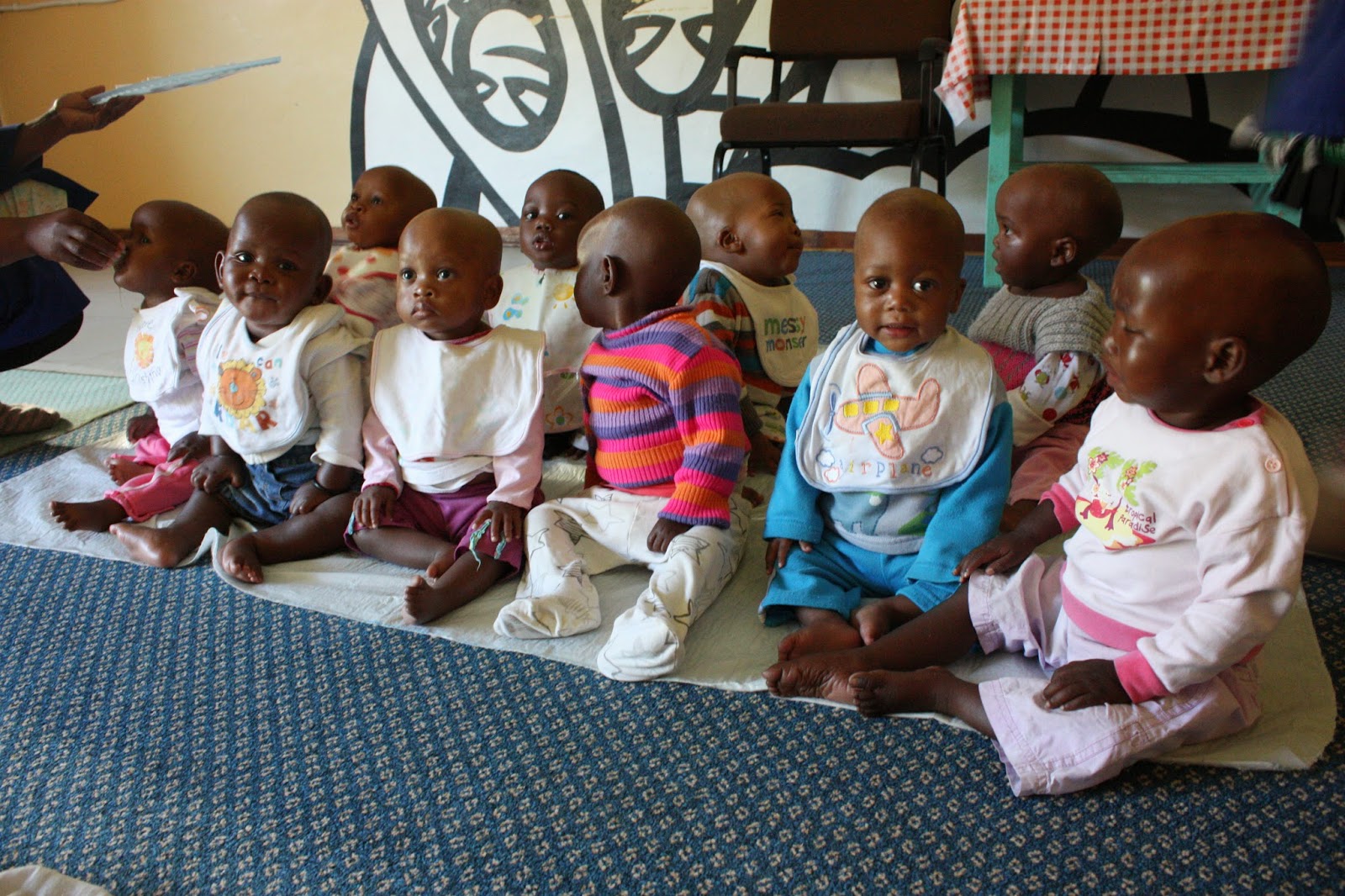 No, TTL is not being profiled in an upcoming episode with the Duggar family – although I am certain they would have a great time hanging out with the kids and staff! Rather, the number of babies in our Safe Home has reached double digits just as the season turns toward winter in earnest.

For a time in March, it seemed as though each day brought a new client through our doors. Now with twice as many babies as February, the playroom can sometimes sound just a few decibels shy of your high school gym during a pep rally. Usually around meal times. 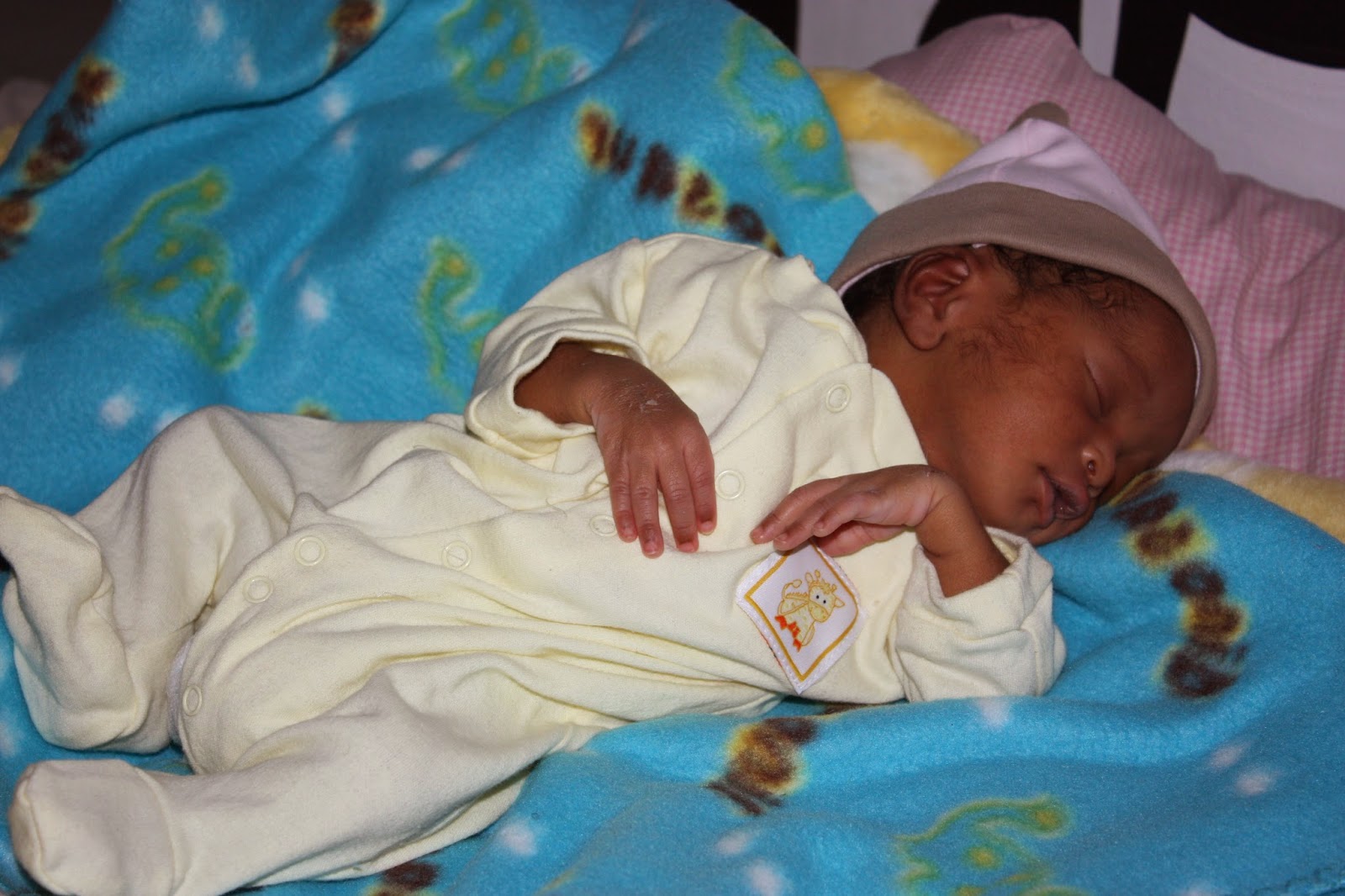 Our newest addition arrived just in time to celebrate April Fool’s Day and spends most of his time wrapped burrito-style in a pale yellow Basotho blanket. The bo-‘m’e caring for all eleven babies have found a particularly soft spot for this tiny bundle. He may not be ready to play with the other kids yet, but he has made himself right at home all the same.

Autumn tend to be difficult for many Basotho families in the highlands as the harvest lessens and the chill sets in. The TTL Safe Home has frequently gone from a handful of the neediest cases to a full house during this time.

Several of the current Safe Home kids now boast full cheeks and bellies and are preparing to head back to their families. While we celebrate their growth and development under our care, we are ever mindful that more sick children will likely fill their places. The changing seasons can often bring changes for the worse for children already at risk. Much as TTL relies on its own support network of friends and generous donors, these vulnerable babies need a similar system to help them through critical periods. All the staff at TTL work each day to fill that role.
Posted by Becky Dale No comments: